And after a while when the detectives could not find out who the serial killer was they sent a smart detective. The smart detective tried to find out the profile and daily routine of the people who had died. One a music composer, one a ordinary student, one some old teacher. The smart detective noted everything about the dead people and fed it into a computer. The computer was this world's best data mining computer. It processed all the data for 77 hours and found out ONE common thing about all the dead people. They all had seen my unfinished movie without sound and music.

So I was in a way aimless once the diploma shoot was over. After I spent good amount of time torturing my editor and before pouncing on my sound and music guy I thought it is about time I indulge in something new. So I actually started writing 2 new scripts. But after a day or two, though the script was clear in my head I was mentally and emotionally unprepared to dive into it. After all I hadn't recovered from both my short fiction and diploma writing experience that had really drained me.
So well I thought of indulging into something fun. It began with howto write credit titles for my movie. Since Zenish was kind enough to introduce me to chalkboard animation I thought I could go with that. Since I wanted a good finish (diploma hai bhai) I thought I would ask Zenish himself to do it. And then while discussing the credits with him, I remembered how I initially wanted my diploma to be in 3D and how it never materialized because of lack of time for technical expertise and unavailability of my cinematographer.
And finally last few days I have been researching about 3D. To begin with I wanted to get my fundas straight with anaglyphs. And now that I got it straight, again thanks to zenish from whom i got a spare 3D goggles, I have started trying to atleast have still images with 3D.
After multiple experiments and trials and errors and visiting websites each with a remarkably different theory, I think after 2 days I am getting a little bit hang of it. I am still learning so maybe in next blogpost I will tell how to easily create 3D pics for dummies or something.
Meanwhile with my experiment, my house again transformed into a studio with sketch pen marks on the floors and my camera stand and various inanimate objects as models (something that my maid doesn't approves of :( ). The toughest was to shoot myself as 3D and I havent been succesful and I already made 8 tries. I guess I will do it tomorrow as I got to go and meet someone and help him write his horror script. It is shaping well and I hope he gets to make it soon.

Anyways here is my list of 3D pics: http://picasaweb.google.com/aratikadav/3D#
and here are my fav two 3D pics:

Ok I uploaded 3 but who is complaining.
Posted by arati kadav at 5:23 AM No comments:

Not always a good idea

to apply technological solutions to sociological problems.
Posted by arati kadav at 7:54 PM No comments: 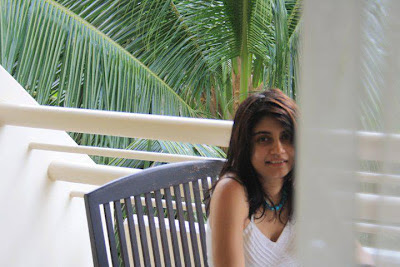 Posted by arati kadav at 7:27 AM No comments: