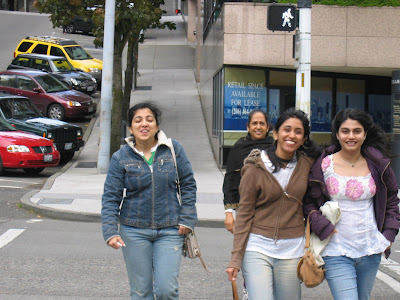 Yest went to Seattle's Pike's place market with my parents, VC's parents, Shankar's parents, Dami, Mary, Sam and Paramesh.Pike's place has the first starbucks shop (the differnetiating factor as pointed out by Shank was that in only that shop the lady is topless), there was a cheese tasting fest going but seems only I was interested in tasting cheese but I managed to munch on some until Dami said - chalo - kitna kha rahe ho moti.
Later went to Alki Beach too and played kho kho. 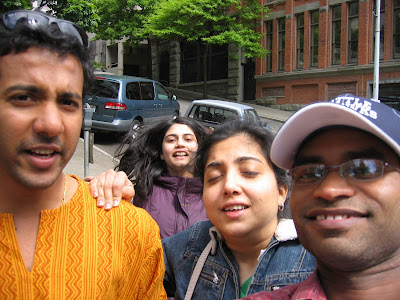 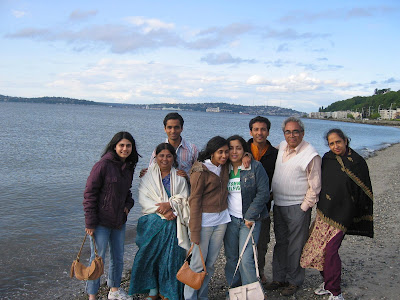 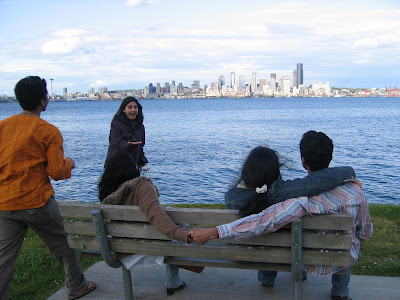 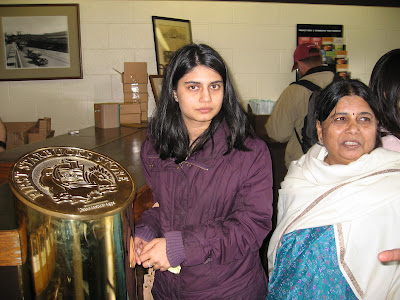 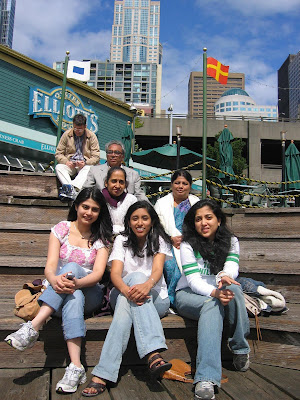 Your pics reminded me of my visits to Seattle - I think it's one of the most beautiful cities in the world, along with San Francisco and Luxembourg...

Pike Place, interestingly, is also responsible for the FISH! series of inspirational books, which played a major role in moulding me as a professional...

in the third pic (overlooking the skyscrapers), the girl in brown looks very uncomfortable. if she had been sitting more comfyly, the pic would have looked more natural and in turn, amazing!

nice pics... i know i know my pics are still pending...

went painball shooting this weekend... got free black and blue tattooes :-) now they are red...

will send pics of the paintball thing too...